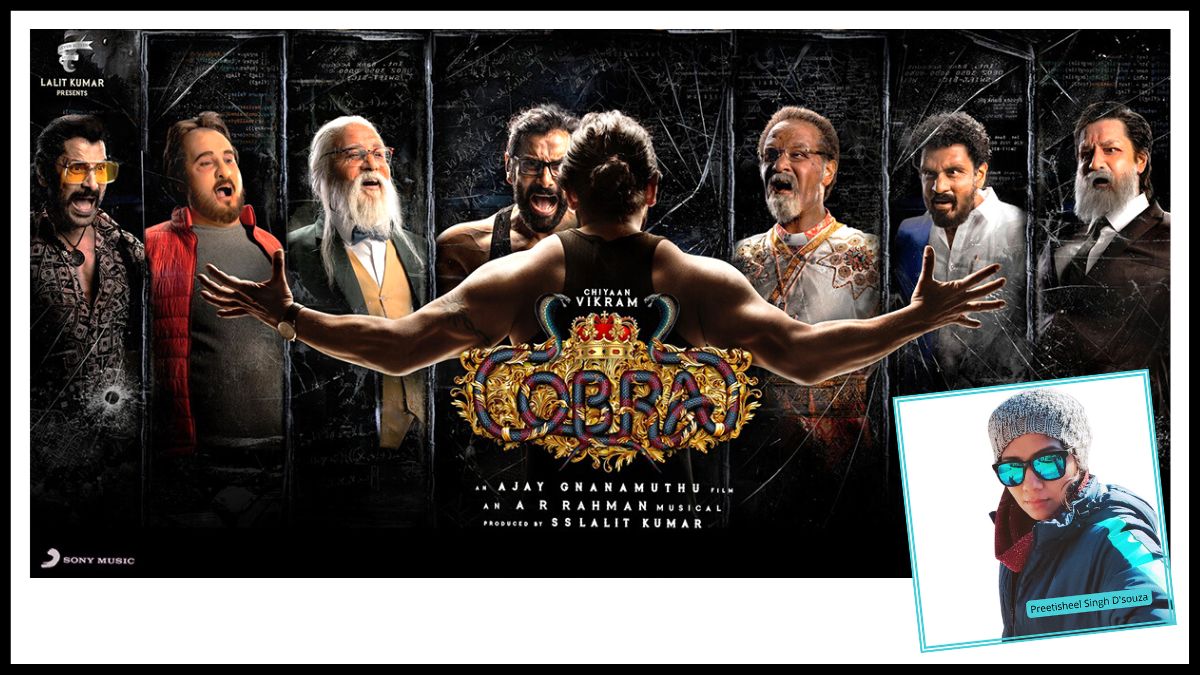 Southern superstar Chiyaan Vikram’s fans are going berserk over his varied intriguing looks in the upcoming film Cobra. The actor has been sporting multiple getups and the trailer of this much-anticipated multilingual action thriller has created a kind of frenzy with his followers. Directed by Ajay Gnanamuthu, the film has music by AR Rahman released on Sony Music South.

Moreover, with the recent pan-India mega successes of Southern blockbusters like KGF and Pushpa, the anticipation has reached even further. The striking transformational avatars of Chiyaan Vikram have been curated by none other than character designer Preetisheel Singh D’souza, who heads India’s No.1 hair, makeup and prosthetic studio Da Makeup Lab.

Sharing her thoughts on social media, Preetisheel had earlier posted a video of some of the appearances with a caption that read, “One man, different avatars.”

It gave a little insight about what went into the making of the various look transformations the actor underwent for the movie.

Earlier, the National Award-winning character designer Preetisheel has given us stunning makeovers for stars in films like Bajirao Mastani, Padmaavat, Gangubai Kathiawadi, Housefull 4, Chhichhore as well as Pushpa: The Rise.

In fact, it wouldn’t be wrong to say that her efforts for Cobra has taken the creative work to an all new level, matching Hollywood standards. Chiyaan Vikram is unrecognizable in his various avatars, with his unique looks contributing to an amazing screen presence — something seen to be believed.

All about the eating habits of Chhote Nawab Saif Ali Khan

Babumoshai Bandookbaaz actress Bidita Bag on her new film, “My character handles a…