As we are all set to welcome 2022, celebrities are also making plans to make the coming New Year a better one.
Actress Keerthy Suresh recently posted a casual pic lying on the bed and captioned it as “Sweating out all of 2021! Bring it on 2022!”. 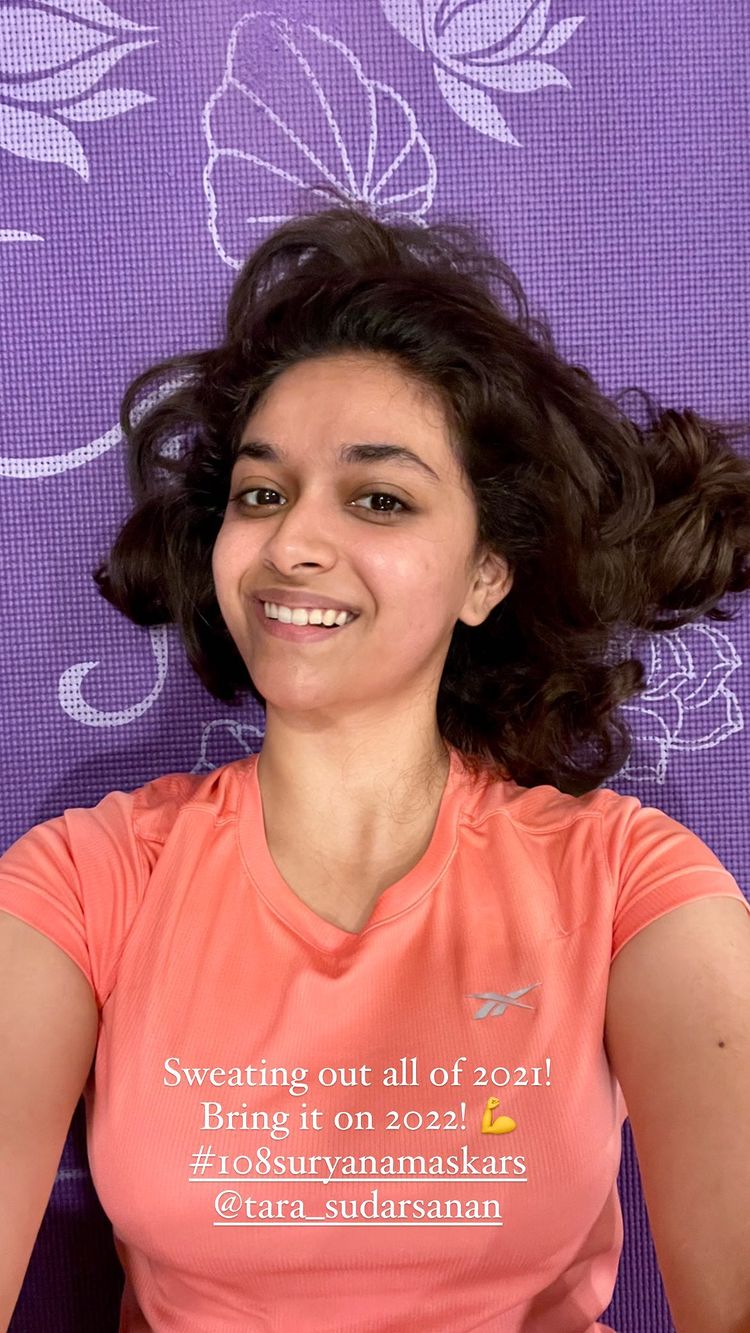 Keerthy Suresh will star next in Nagesh Kukunoor’s upcoming venture, Good Luck Sakhi. The actress will play the role of Sakhi, who loses her fiancé to an accident just before their wedding and then decides to train as a sharpshooter to participate at the national level. The film will be out on 31 December 2021.

The actress will also be part of Parasuram’s Sarkaru Vaari Paata, which will release by 1 April 2022.

Janhvi Kapoor gets back to her most loved place – the gym