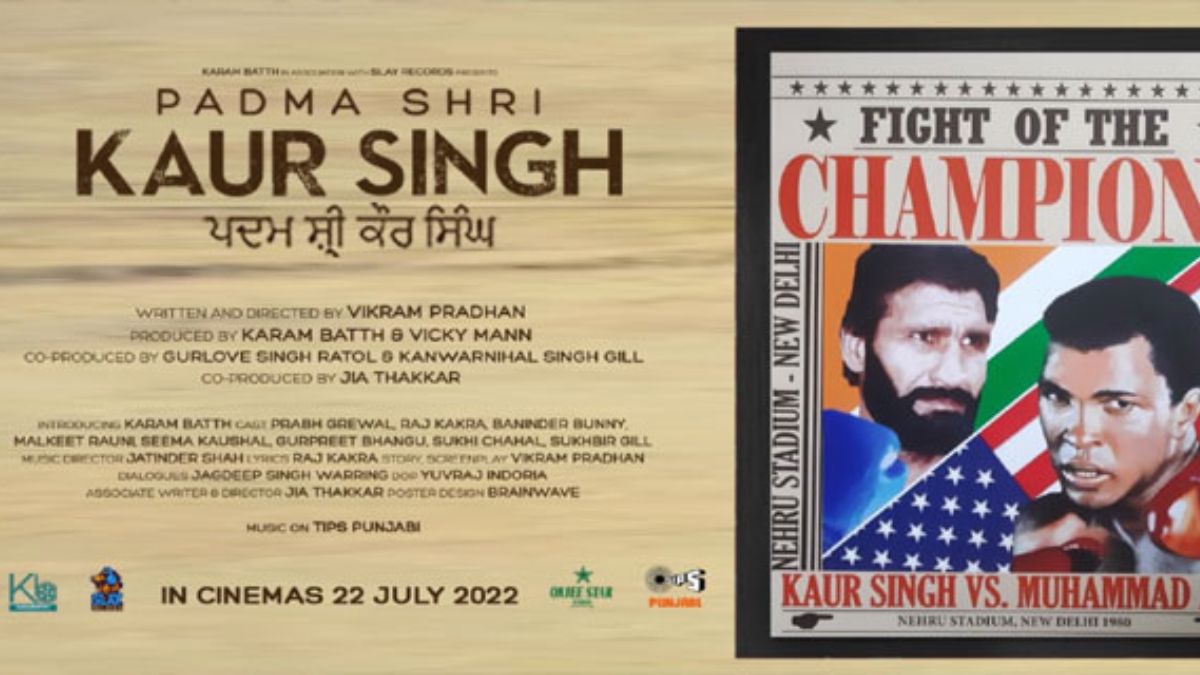 Considering all the anticipation around the film on Padma Shri winner and legendary Indian boxer Kaur Singh, the makers decided to release a sneak peek into the pre-production process, and the video is finally out.

An almost 3-minute-long clip is divided into three parts. The teaser starts with an opening note that reads, ‘When you got to fight the greatest, you got to be the greatest’. And the next thing you see is glimpses of the most iconic matches of world boxing champion Muhammad Ali, who also shared the boxing ring with Padma Shri Kaur Singh, thereby making him the only Indian boxer to fight Ali.

This leads to the introduction of our Indian hero, and the video further gives a closer look at the life of Kaur Singh, his family, home, achievements, and more. There is a shot where one can see him standing in front of all the trophies and awards he has won so far, which includes the 1980’s Asian Boxing Championship, the Arjuna Award, and many more. There is also a brief mention of the financial struggles Singh went through when he couldn’t manage to pay off a loan amount of 2 lakh rupees, and how Bollywood superstar Shah Rukh Khan came to his rescue.

Towards the end, the makers share the footage of actor Karam Batth preparing for the role of Kaur Singh—working out and rehearsing his lines from the script. As per sources, the actor underwent a vigorous training of six months to play the legend on screen. He was trained by boxing coach Frankie La Sasso from Surrey, Canada.

One can see Batth sweating hard in the gym and learning his boxing moves in the ring day and night. The transformation, without a doubt, looks remarkable.

The video also announces the release date of the film’s trailer, which will be June 29. The movie will hit theatres on July 22, 2022.

Babumoshai Bandookbaaz actress Bidita Bag on her new film, “My character handles a…